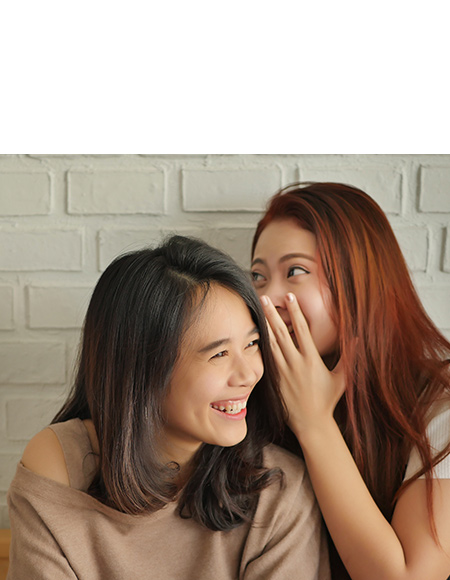 What's in this article

What's in this article

Are all STDs curable?

Not all STDS are curable. STDs caused by bacteria (like chlamydia, syphilis or gonorrhoea) can be treated and cured using antibiotics. STDs caused by viruses (like herpes, genital warts and HIV) are not actually curable, but the symptoms can be treated. There are a number of treatments available so make sure you talk to your doctor about the best one for you.

Can you catch a STD in any other way apart from sex?

Although the S in STD stands for 'sex', there are in fact other ways you can get them. The most common way is by exchanging bodily fluids, such as oral sex or sharing needles. The rule of thumb is keep whatever's inside, inside.

Can you catch STDS from kissing?

They don’t call it kissing sores for nothing. While the risk is low, you can get herpes from kissing. It is also possible to get other STDs like HIV if you have cuts in your mouth and transmit blood or have oral sex.

Can you get the same STD again?

If only STDs were like chicken pox! Annoyingly, you can get some STDs more than once, especially if they are bacterial or parasitic like gonorrhoea or chlamydia. The only thing to do is to be careful at all times.

Can you have more than one STD at a time?

Sadly yes. Having one STD doesn’t prevent you from catching another, so that's why it's important to always practice safe sex. Most STDs are easily treated, if you think you may have a STD take a trip to your local doctor and get checked out.

How do you know if you have a STD?

STDs come in all shapes and sizes, so do their symptoms. That's why it's super important to educate yourself on all the symptoms and signs that the different STDs can bring. But a simple rule is that if you feel any unusual discomfort down there like aches, sores, bumps or rawness, it's worth asking a female relative or friend first then to a doctor.

The first time you have sex can be painful, but it won't be unmanageable. It's important that when you do decide to have sex, that you trust and are completely comfortable with your partner, and that they are understanding of the situation you're in. Make sure you spend long enough on foreplay, and go slowly. As you become more active, the pain will stop and you can start enjoying the experience.

Do all STDs have symptoms?

Although most STDs are unpleasant, not all of them have the courtesy of letting you know they're there. The only way to be sure you don't have them is to practice safe sex if you're sexually active. It's also worth making regular visits to the doctor to make sure you have the all-clear.

The only thing birth control pills reliably prevent is babies. To prevent STDs it's best to use condoms.

Is it true you bleed during sex?

Yes some girls bleed a little the first time they have sex which is normally when the hymen (a thin membrane that covers the vagina opening) is broken. Some girls may not bleed as their hymen has already been broken; it’s quite common for the hymen to be torn before sex from physical activity such as sports or through the use of tampons.

Are you still a virgin if you use a tampon?

Yes, a tampon does not affect your virginity. The hymen that partially covers the vaginal opening (usually intact for girls who have not had sex) is large enough to accommodate a tampon without being affected.

Will condoms protect me from all STDs?

No as some STDs are passed on through skin to skin exposure. Condoms can help prevent it, but they are not always effective as some viruses (Herpes and genital warts) can be spread by the skin not covered by condoms.

My period is late, what does this mean?

Around 1 in 3 girls experience an irregular period at some point – it’s actually pretty common and normally not a reason to worry! An irregular period is any type of bleeding that is unusual when compared to your normal cycle. This can include a late period, an early period or bleeding between periods. If you have just started to get your period then don’t worry if it’s a little irregular, as you get older they start to arrive like clockwork. Normally irregular periods correct themselves over time, however if you have had irregular periods for a year or more, it is best to get some advice from your doc as there could be an underlying illness causing the problem.
There are other causes of irregular periods including hormones, stress, STIs (sexually transmitted infections) and pregnancy. If you think a STI or pregnancy could be the cause of your irregular period, head to the doctor as soon as you can.

Can you catch a STD from oral sex?

Yes you can get a STD (Sexually Transmitted Disease) from oral sex, so if you are sexually active play it safe and be sure to use condoms. You body will thank you for it!

What is difference between AIDS and HIV?

HIV stands for Human Immunodeficiency Virus and it refers to the bug that gets spread when someone actually gets infected by HIV. In some very rare cases, those who have HIV may have no negative effects. AIDS, or Acquired Immunodeficiency Syndrome, is the disease that the virus causes. It basically wrecks your body's immune system and turns otherwise harmless diseases into something dangerous.

Why do I need to have a pap smear?

A pap smear is a short procedure where the cells of your cervix are checked for early signs of cervical cancer. So it's not a check for cancer but an early warning sign, making it possible to stop cervical cancer before it even develops

Can I get pregnant while I'm on my period?

YES! You can most definitely get pregnant by having unprotected sex during your period. Having unprotected sex is dangerous as you can get STIs (sexually transmitted infections) some of which will never go away. The risk of pregnancy and STIs should be enough to convince you and your partner to always use protection no matter what time of the month it is!